Who was your favorite teacher? Why?

(I could gush about this forever. I love teachers.) You know how people say that 80% of life is just showing up? She never said it, but I think that’s the motto Mrs. Lusk lived by. My favorite teacher showed up way more often than was required of her, even if somewhat begrudgingly – the Spring Musical, the School Newspaper, Prom  – but she didn’t really do anything once she was there. On the whole, she was rather average at her job. As strange as it may seem to favor this quality in an educator, it is exactly why we got along so well. In high school, I was one of those nerds who wanted to do everything…and she let me do it!

Mrs. Lusk taught by trusting your abilities. While I’m still not sure that her hands-off approach was an intentional strategy, it worked for me. I had Mrs. Lusk for Journalism – a frilly extracurricular that was cut after I graduated.

At the beginning of each year we had two options for how the class would be structured. We could spend the year learning vocabulary terms and talking about articles from our pathetic county newspaper, or we could make our own publication. She never forced us to create anything. If we wanted a school newspaper, we were responsible for initiating the process.

I was editor of our paper for two years, and under Mrs. Lusk’s watch this essentially made me the student-teacher of Journalism. While she sat at her desk grading tests for core classes, I figured out how to lead a brainstorming session, give constructive criticism, write a lead, layout a newspaper, print it, distribute it…and then recycle it when punks threw it on the floor of the cafeteria. I learned how to learn independently. I learned how to pass on the things I learned to others.

Truly the best thing about Mrs. Lusk was how much she cared about whatever it was that her students cared about. You could tell her that you hated her assignment, and if you could come up with a better option she would always let you do it. She didn’t take things too seriously. After I was accepted to college, I skipped Calculus and hid out in her classroom to work on the paper. We made jokes about having double dates with Ben and Jerry. She wore a weird hat with me just for a photo-opp! I’m pretty sure we were best friends. Here’s the evidence, because everyone loves pictures: 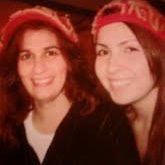 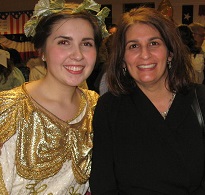 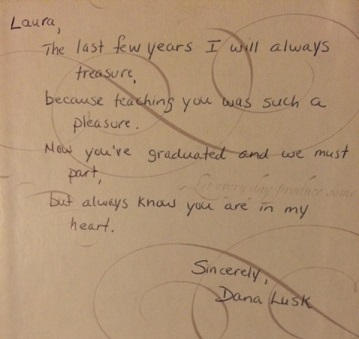