how i trick myself to
Exercise

A short film
by MR Baggo

We hear an alarm

We hear an alarm

We hear an alarm.

We hear an alarm.

“All you have to do is drink that glass of water.

You don’t have to do anything else. Just drink that glass of water.”

“Ok. All you have to do is put on running pants. You don’t have to do anything else.

You can wear those pants all day if you want. Just put on the pants.”

We see Mary Ruth sitting on a couch, typing on her laptop, wearing workout clothes, barefoot. The sun cascades across the couch indicating time has lapsed forward.

Mary Ruth closes her laptop, stands up, and looks outside.

“All you have to do is put on sneakers. You already have workout clothes on.

Sneakers match your work out clothes. So…just put on some sneakers.”

(And so on and so forth.. repeat the same steps with warm hat, vest, arm band, etc….you get the gist.) Mary Ruth is now sitting on the same couch, wearing sneakers, running pants and shirt, a warm hat, a vest and is holding her phone and arm band in her hand. She is covered in a blue fleece blanket.

She looks down at the phone.

She looks at the arm band.

“Just put the phone in the arm band and go outside. You don’t have to run.

Go for a walk and listen to music. Just go outside and get some sun.” 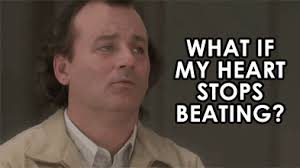 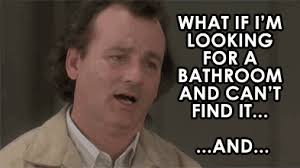 Mary Ruth is now wearing a bathrobe, standing in the kitchen.

We see Mary Ruth jogging along the east river.

It’s not always this hard to get motivated. But sometimes, the dark side wins. So I started to trick my inner complainer like it’s a 3 year old because that’s what it is. It’s bratty. It’s illogical and appalled by the thought of the temporary pain of exercise, especially when I know I could just play Super Mario 3 and order Seamless instead.

Sometimes I tell myself,  “Just go outside, just get to the gym. You don’t have to do anything once you get there, just get there.” Sure, every once in awhile this whole saga doesn’t work and ends with me sitting on the couch eating fruity pebbles watching New Girl, all while still decked out in my awesome running gear. But most of the time, I listen to the oh-so highly regarded Dr. Leo Marvin. 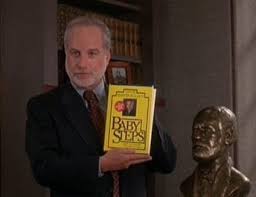 Did you know that you’re 92% more likely to choose to take a challenge when you’re looking at it face to face?  (Side note: 87.42% of statistics are made up on the spot.) Anyway, go look at that challenge and tell it who’s boss. 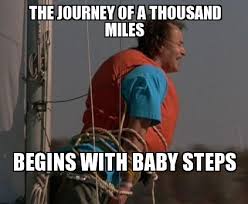 I know, I know. Now get back to work! And get some Fruity Pebbles. Because they are amazing. I don’t care what you say.