RURAL PENNSYLVANIA – After receiving the task of Talent Show Tuesday last week, Laura Molesky suffered an identity crisis and decided to resort to either sarcasm or dishonesty to cope with the pressures of her company-wide blog post. “My only talent is self-deprecating humor…get it?” said Molesky to an audience of no one but herself on Sunday evening. 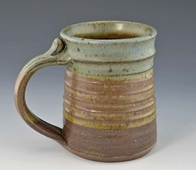 If you’re interested in purchasing from Pinnochio’s Pottery: Send your cold hard cash directly to Laura Molesky by any method of delivery, or simply place your payment in a kiln and light it on fire.

Rather than taking this opportunity to cultivate an actual talent, the nervous jokester fell back on her alleged creativity and ability to use the Internet to give the illusion that she knows how to do something moderately unique. “I know some people who make pottery, and I think that’s pretty cool,” began Molesky vaguely. “But instead of actually making pottery myself, I’m just going to attach a photo of whatever hand-crafted mug is the first result of my Google image search,” she noted with absolutely no trace of shame or guilt. The formerly-liked 4PatientCare employee reasoned that this particular talent should make her appear interesting and artsy, but not so gifted that it seems unrealistic.

As her sources of inspiration for tricking people into thinking she possesses a talent, the young woman cited Kim Kardashian and that guy who wrote “A Million Little Pieces” and got to appear on Oprah to talk about his incredible memoir before everyone found out that he made up the whole story. Molesky also noted that if it weren’t for her parents, who merely bought her an electric keyboard in the late 90s (when such items were cool) but did not physically adhere her young fingers to the keys, she would have learned to play an instrument years ago and would now possess an actual talent. “My parents are solely to blame for any limits in my adult skill set,” said the very serious woman. Editor’s Note: Molesky’s parents could not be reached for comment, as they tragically died from embarrassment upon composition of this article.

Also receiving a dishonorable mention were her fellow 4PatientCare employees, who Molesky would like to thank for showcasing their own legitimate talents and further proving her own terrible, horrible, no good, very bad inadequacies.