I have a lot to be thankful for, but I’m gonna tell y’all about two of the most important people in my life: I’m beyond grateful for my two paternal grandparents. Or as I call them, Baba and Jiji. (Japanese for grandmother and grandfather, respectively. We weren’t terribly creative with nicknames; I was Sam-chan.)

Sadly I don’t know a ton about their history before I waddled in; I do know that Baba is from Osaka, Japan…. and that Jiji was serving in the Navy. If I remember correctly, he was Chief Petty Officer by the time he retired, but it’s hard to say. They never spoke much about themselves in front of me, and my father is sadly not a reliable source of information.

I didn’t exactly have a stable childhood; I bounced from family member to family member for much of my younger years, and even once that settled it was still moving locations with said family member. Baba and Jiji were my only real, solid constant. They taught me SO much as I was growing up; I wish I had learned more. I spent a few years living with Baba and Jiji when I was too young to remember. After that, I would spend every other weekend, from Friday afternoon til late Sunday evening, at their house until we moved away from California.

Jiji was king of the grill; we’d always have steak at some point, and he cooked the best dang steaks ever. You can take me to a 5-star Michelin restaurant and I promise those steaks won’t be as good as his. He took me to the stables almost every day I was with them, and I’d ride his old horse Gray-gray… an ornery old horse, but he tolerated me well enough if I brought him carrots. Back home, Jiji had an old fat cat I called Kitty-kitty Ivan. While Jiji would tend to the backyard or the front garden, I’d run around chasing anoles on the fence and then proudly squeal to him when I caught my prizes. He had the patience of a saint.

While Baba was cleaning, or making sure I was minding my manners, or sitting with her tea, I’d climb up on Jiji’s lap in his old squishy recliner and we would watch Japanese dramas. We also had every Miyazaki film up til Kiki’s Delivery Service on VHS, in Japanese with subtitles. I can still sing the theme from Totoro (kind of). Baba had the most interesting shows she would watch, and she was always ‘the strict grandparent’ because she fussed at me so much. But as I got older, I learned how very much Baba must have cared about me to make sure I ate all my food, to clean up after me, to nurse my awful eczema and make sure I always had the cleanest, fluffiest sheets and comforters on my bed in a clean bedroom. Jiji would come in after she tucked me in to read me Momotaro or Kintaro, or sometimes we would read Richard Scarry’s stories. My favorite thing to do with Baba was sip tea and draw while we watched her dramas with our feet under the kotatsu (a little short table with thick cloth flaps on the edges to keep the heat in, because yes there was a heater built into the table’s underside).

Kitty-kitty Ivan and Gray-gray passed just before JIji had a series of strokes. He was bedridden for the last few years of his life, but I’m so blessed that I got to spend time with him after the first ones hit. He had never asked for me to be anyone other than myself, which is more valuable to me than I think I really know. He kept his humor right til the end though- one Thanksgiving, he had a hard time swallowing food and once he stopped coughing he gave my aunt a look with a twinkle in his eye and said “It was your risotto.”

Baba is still the toughest, liveliest old Yoda-sized woman I have ever seen, and she’s still amazing at preparing sukiyaki and homemade miso. I’m hoping this year for my birthday to go visit her, and to learn more about her and Jiji, as much as I can. I think she deserves to know how much of an impact she and Jiji really left on my life, and how grateful I am to have them as my grandparents. 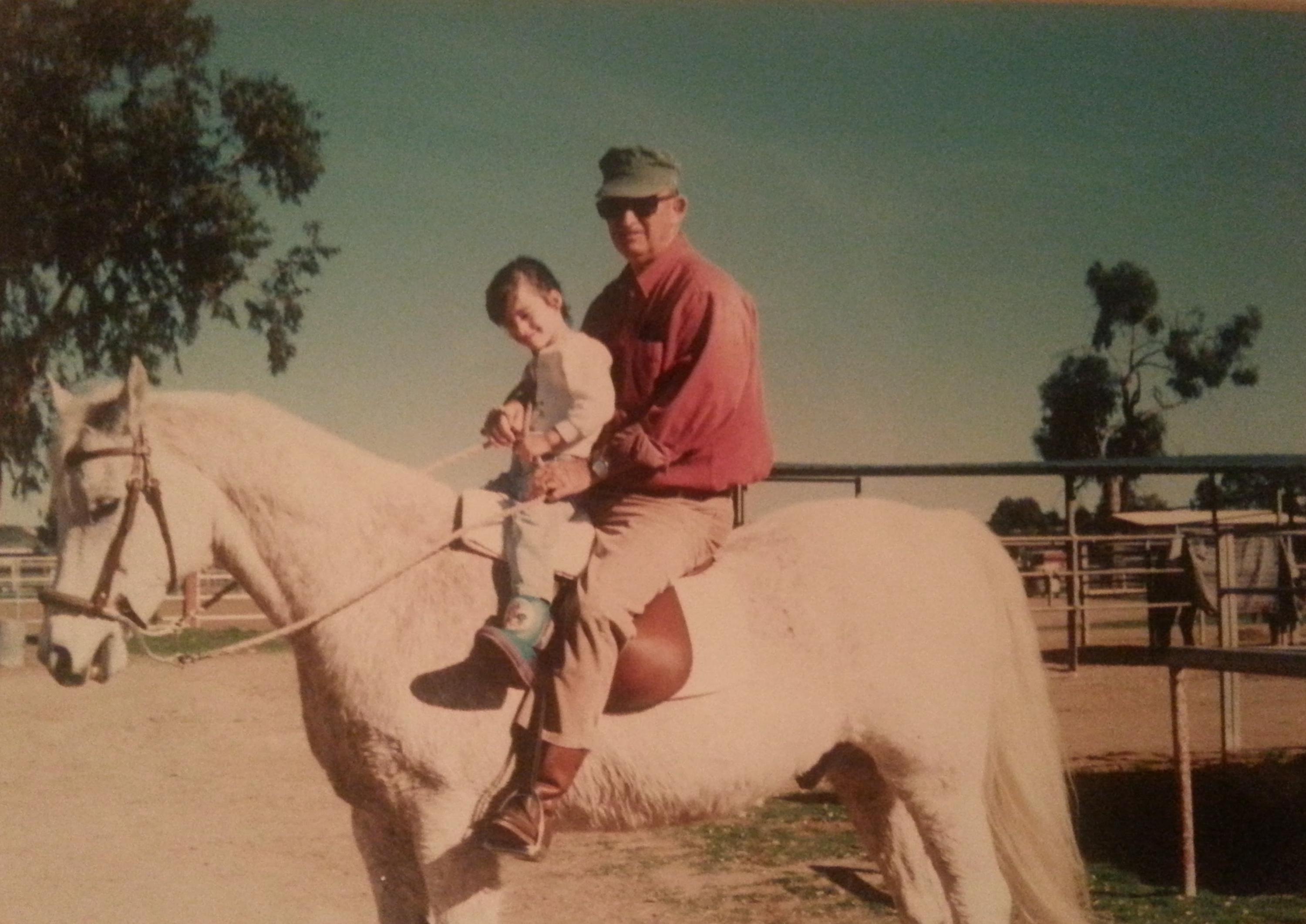 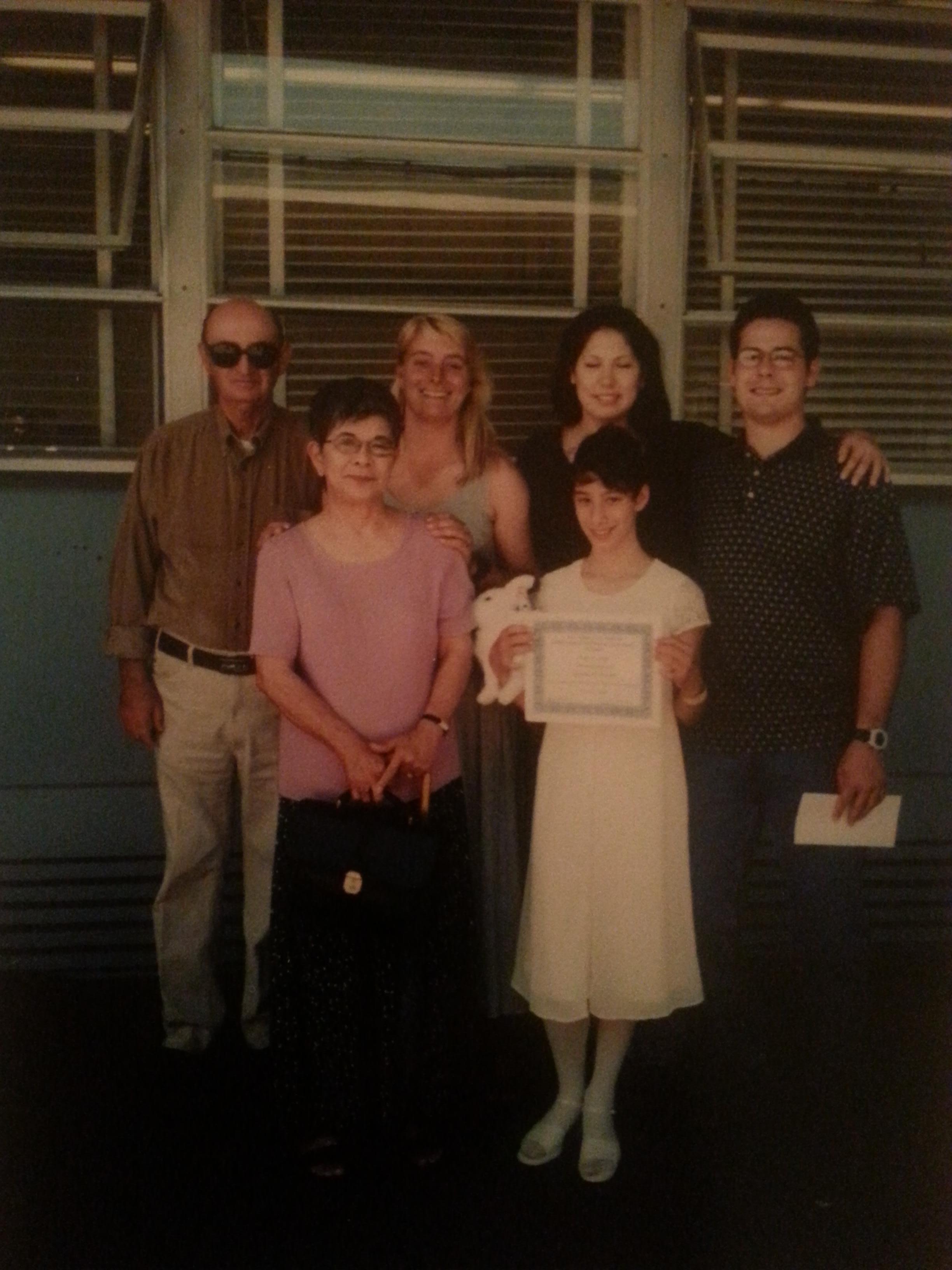